The report on the  failings are clear to see ,  . Read report here

Master Electricians Australia today told the Queensland Government to stay out of the electrical contracting business, saying it would be an abuse of market power for Ergon and Energex to be competing with mum and dad electrical contractors.

“This would be a very serious abuse of market power should the State Government allow it to go ahead,” Mr Richards said.

“Ergon is the authority that approves connections of solar panels or battery systems for homes and businesses.  This is the bread and butter work for many small contractors in regional Queensland, and now these contractors will be forced to compete with their own regulator for business.

“How can they have any confidence their applications will be treated confidentially or dealt with quickly by their competitors?  And is it fair that one player in the contracting market will hold all the marketing information on which houses already have solar and which ones don’t?

“As if that’s not bad enough, while mum-and-dad operators are forced to go cap in hand to the bank for an overdraft, this new so-called business will be reaching into taxpayers’ pockets in order to support its operations and sustain any commercial losses.

“This is akin to the Government funding Woolworths to move in and smash the local corner store.

“Regional Queensland already has a well-supplied electrical contracting market, with many businesses falling over each other in competition for the kind of work Ergon now wants to take away from them.

“There is absolutely no suggestion of market failure or other conditions that would justify the State Government deciding to compete with small, local businesses and employers.

“The only thing this can do is drive those smaller operators out of business, which will in turn drive up prices for consumers once competition is reduced.”

“Master Electricians Australia calls on the Queensland Government to think about the impact this would have on regional small businesses and the communities that rely on them, and we call on them to put an end to this crazy scheme.”

Renewable energy service addresses 21st Century demands on power network ETU welcomes State Government moves to address emerging energy needs The ETU has welcomed moves by the State Government to address emerging demands on the Queensland power network by creating a services division dedicated to delivering renewable energy solutions. As part of the Ergon and Energex merger process, the Palaszczuk Government are looking at setting up an energy services division to address the increasing demands of the renewable energy sector on the state’s publicly owned power network. In the future the distribution network will be supplemented by customer solar, base-load renewable power generation as well as renewable systems. ETU Electricity Supply Organiser Stuart Traill said it was important the new merged entity was involved in emerging areas of the industry, as more and more Queenslanders embraced 21st Century energy sources, such as solar and home batteries. “I see no reason why the new merged entity shouldn’t be involved in emerging areas of the Industry,” Mr Traill said. “A 21st Century power network needs to address the energy needs of modern Queenslanders.” Mr Traill said the new energy services division would address gaps in the current renewable energy sector, such as needs not being met in regional areas. He dismissed complaints by Master Electricians’ figurehead Mal Richards that the entity would put contractors out of business as “embarrassingly hysterical,” noting it would not be financially viable to compete with smaller operations. “No merger service is going to be able to compete with a small Mum and Dad business in customer installations with the overhead costs involved,” he said. “Mal Richards throwing around comparisons to Coles and Woolworths is embarrassingly hysterical, and more a reaction to his increasing irrelevance as his members leave his organization by the droves. It’s hard not to laugh!” On the back of Richards’ tantrum, Rupert Murdoch’s Courier Mail newspaper has renewed a push to privatise the state’s electricity industry, a move that proves just how out of touch the crumbling print-era tabloid is with modern Queensland. “The privitisation agenda has proven a loser at the last two state elections, yet the Courier Mail is so oblivious to the needs of the electorate that they see selling public assets as the only way forward for Queensland,” Mr Traill said. “They should ask their LNP mate Tim Nicholls how that went for him last year!”

Networks spent $75 billion in a decade on demand forecasts that were never met. Those costs have been passed on to consumers, and even retailers have been bleeding their customers dry. Little wonde…

A closer matching of the revenue-raising capacity of States and Territories and their expenditure responsibilities would make them more responsible in their own sphere. The Commission recommends that:

The practice of fiscal equalisation between the States is a central and longstanding feature of our Federation. The Commission recommends that, as part of a reformed approach to addressing vertical fiscal imbalance, new arrangements also be implemented to address issues with horizontal fiscal equalisation. This would involve:

Recommendation 10: Reforming the Federation – reduced tied grants to the States

Proposed changes to financial arrangements within the Federation should involve a transfer of responsibilities for areas of spending where the Commonwealth currently makes tied grants.

The Commission recommends that, should reforms be made to address vertical fiscal imbalance and horizontal fiscal equalisation as outlined above, existing tied grants from the Commonwealth to the States should be reduced by an amount equivalent to the additional untied revenue received by the States. Determining which grants would be reduced would be a matter for negotiation.

Steps need to be taken to simplify the large number of existing Commonwealth State agreements and associated reporting arrangements. The Commission recommends:

Tashfeen Malik, 27, has been identified as the second suspect killed in a shootout alongside Syed Farook, 28, following their alleged involvement in the San Bernardino shooting that took place Wednesday.

According to information being released by those who knew the couple personally, Tashfeen had been brought back from Saudi Arabia by Farook earlier this year after he took a trip for about a month in the spring. Malik and Syed were reportedly living as man and wife, with a child, when the shooting took place in San Bernardino, reported The Los Angeles Times.

“They said Farook had traveled to Saudi Arabia and returned with a new wife [likely Tashfeen] he met online. The couple had a baby and appeared to be ‘living the American dream,’ said Patrick Baccari, a fellow inspector who shared a cubicle with Syed.” 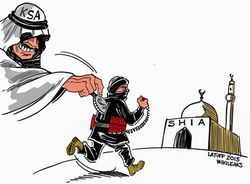